Mukesh Ambani has been holding the title of “the richest man” in India for the last 10 years. He has become a successful entrepreneur after launching and growing the Reliance company with a net worth of US $82.9 as of August 2021. Forbes also included him in the list of the most powerful people in the world.

1. Mukesh Ambani was born outside India:

Do you know that he was not born in India? He was actually born in Yemen and then his father moved to Mumbai in the year after Mukesh was born.

In 2013, Reliance wanted to launch a fast-food chain named “Chicken Came First”, quite similar to the “Kentucky Fried Chicken”. But he banned all the non-vegetarian products from his Reliance retail due to the protests of some vegetarian stockholders.

3. Owns the most expensive home in the world:

Mukesh Ambani owns a residential skyscraper with 27 stories named “Antilia”. This building costs 1 billion dollars that seem the most expensive house in the world. Antilia has a multi-storeyed garage where almost 168 cars can be held and 3 helipads can be placed on the roof.

Mukesh Ambani took admission to Stanford University for studying MBA after completing the BE degree in Chemical Engineering from the Institute of  Chemical Technology at Mumbai. But he could not continue studying at Stanford for building up his company further.

5. His company pays almost 5% of the total tax revenue in India:

As of 2017, Reliance Industries earned assets totalling 100 billion US dollars. And this company plays a very vital role in India’s economy by giving 5% to the total tax revenue of India.

The refinery that Mukesh Ambani owns is located in Jamnagar. It has the capacity of installing 668000 barrels per day and for this reason, it becomes the world’s largest refinery.

9. Mukesh Ambani is the founder of the Indian Super League:

Besides being the owner of the IPL team Mumbai Indians, Mukesh Ambani is the founder of the men’s top division football league in India – the Indian Super League. And these things make him one of the richest sports owners in the world.

10. Owns the same car that the Prime Minister of India uses:

Mukesh Ambani has a brilliant car collection that includes the BMW 760LI. The Prime Minister of India uses this car because it can even bear a deadly bomb blast. Other cars in his collection are Mercedes-Maybach, Bentley Continental Flying Spur, Rolls Royce Phantom, Aston Martin Rapide, and much more. 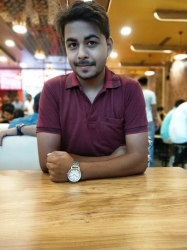